I’ve mentioned in a few comments I have left on people’s blogs about being a zoo volunteer guide. It’s a fantastic experience and one I would recommend to everyone, but it does have its highs and lows. I want to talk about one of the lows today because I look outside and I see the sun is shining and it is a beautiful day. I have reasons, you’ll see.

One of the things the keepers tell you early on is not to get too attached to the animals. They say it with a wry smile, because they know there is no way anyone can manage it. They get attached even though they know that sometime, in the life of every animal they look after, there will be a mourning. And really, we do the same with the pets we have at home, though we like to think it won’t happen, the reality is there all the same.

You do not think that same attachment will happen to you with Zoo animals – the reality of it is, we were in that zoo almost every weekend and we did get to know the animals, where they liked to be in their enclosure, the stories from the keepers of their behaviour behind the scenes and every keeper would have a tale about every animal, a day they remembered, something that animal did that just drew them to love them more. 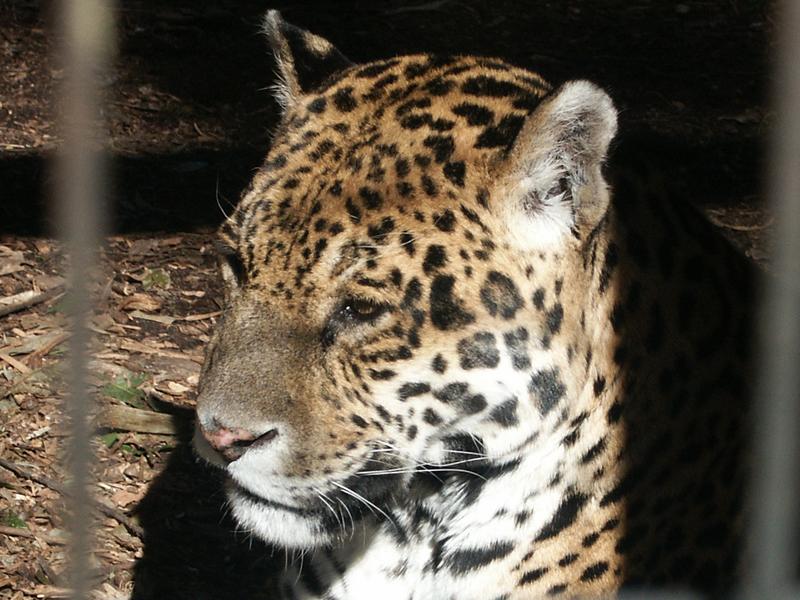 Being a zoo volunteer, you don’t just walk past each enclosure and walk on, you spend time there. Sometimes, I would go to the zoo just to see one specific animal. I had a favourite lion, a favourite tiger, even my favourite reptiles.

But in the zoo, from time to time, animals pass away – or, they might be sent elsewhere. Sometimes you walk to see an animal to find it missing and you panic panic panic until you find the keeper and he says “Oh, I sent the tree snake to Steve Irwin’s zoo, we swapped because they had one the same color and we wanted to mate them” or “{animal} is just off exhibit at the moment because {reason}” or “{animal} is at the health centre” or even “We couldn’t get {animal} out of their night quarters today whatever we did”.

The first time I experienced it myself was with Jacunda the Jaguar. She was a gorgeous animal, she loved to bask in the sun at the front of her enclosure. She talked to me, not with a voice, but by the look in her eyes and the flick of her tail. I would often stand there for an hour or so, just being near her. She was 23 years old and so it was expected that there would come a day when we would walk up to her enclosure and find it empty.

But I was unprepared for the absolute kick in the guts when it actually did happen. The first other guide we saw was our trainer and she knew before I even asked what I was going to ask, and she told me the sad news – Jacunda stopped eating a couple of weeks ago, they darted her, took her to the health centre, and found a tumour. As she was so old, the decision was made to euthanise her. 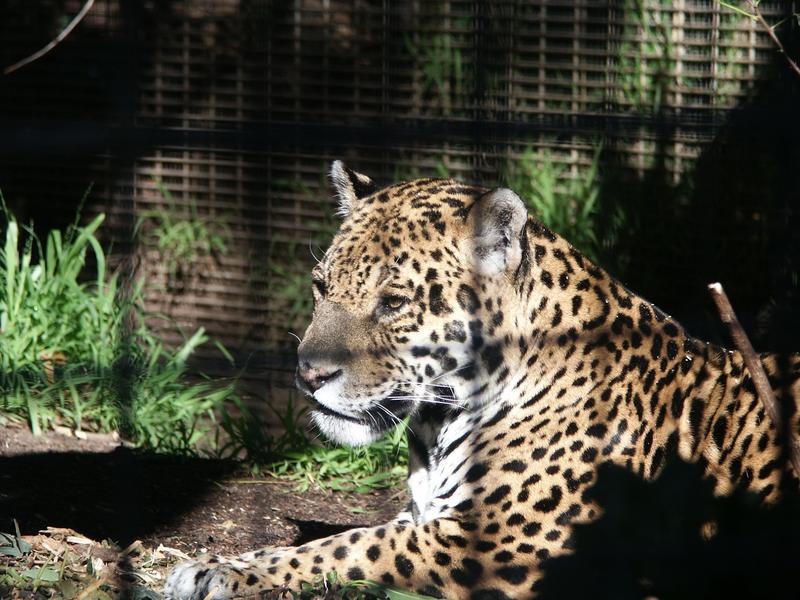 And so you try to keep a smile on your face, you make it through the rest of the day, you hope you don’t run into the keeper of that area because you won’t know what to say and you know you’ll lose the ability to smile and pretend when faced with someone who is well aware that was your favourite animal and that was one of their favourites too and when you get home you just bawl yourself silly.

You mourn for a few days, you try to move on, but you never forget, and each time you walk past the enclosure your loved animal was in, you stop for a few moments of silence to remember. Even after they put a new animal in there, and then another animal gives birth, and life goes on in the zoo as it always does.

Six months later, I was completely unprepared when I opened the zoo magazine just before going to bed at just after midnight and read an interview with the vet, who happened to mention that he had a jaguar in his freezer that had been there for six months and he hadn’t had time to autopsy her yet. There was no other jaguar at the zoo, no possibility this was any other animal, and when I thought of how she loved to sit in the sun and how she was now stuck in the cold for an apparently undetermined time, this just ripped the scab off a wound I was pretending had healed.

Losses never leave you, they are always hiding somewhere beneath the surface. I am sure reading this, you are thinking of losses of animals you have loved.

So eventually, she was autopsied (it sounds so morbid but really it is not, it has to be done and the results shared with other zoos that keep the same animals, for the learning of *all*) and the news came back that she’d had a skin cancer. This made perfect sense to me. But I then realised, she’d been living under the same sun I had been living under for even longer than she had. And the amount of times I’d got sunburnt without really caring. If this blog post does nothing else, please please, wear sunscreen.

The zoo I was at had a very odd group of volunteers who ensured that animals did not stop educating even when they passed away. Thanks to them, after *another* six months, I had a chance to really say goodbye to Jacunda, when her “outer shell” came back from being whatever it is they do to them, tanning or preserving or something. The head coordinator of volunteers told me one day that Jacunda was in her office, and I spent half an hour touching her soft fur that I always wished I could pat while she was alive.

It was closure, in a way but not really because like I say, it never goes away. You carry the animals you love wherever you go. A month or two later her skull was on the touch table while I was manning it during school holidays and I could see where the tumour had been, it had even eaten through the bone. No wonder she couldn’t eat.

People say a lot of things about zoos but in the wild, Jacunda would have lived to maybe 12 if she was lucky. She had a long life, gave birth many times, and her offspring and her offsprings offspring may be at a zoo near you, inspiring people to advocate for wild animals the way she inspired me and many many others.

This pic is the last picture we ever took of her. 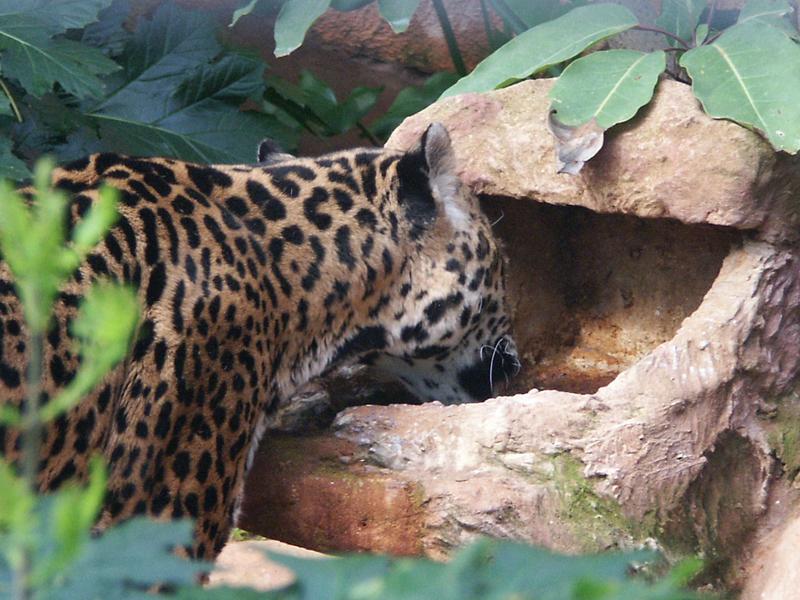 I now live too far from a zoo to volunteer regularly. Some of the experiences I had, I will never ever forget. There were moments that are so precious to me and that I will remember for my lifetime. If you have the chance, become a volunteer at your local zoo. You won’t regret it.

And the next time you go to your zoo, give a nod to the keepers, who somehow manage to get up each and every day and go to a place where if everything has gone well, their much loved charges will be waiting for them but at the same time, knowing that they may not be.

And remember the sunscreen this summer.

3 thoughts on “Remembering Jacunda The Jaguar”