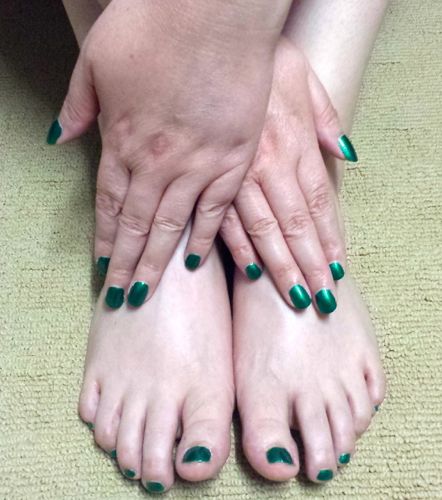 Before leaving for Hawaii last year I gave myself a little treat.

My hairdresser also does mani-pedis! YAY

I’m running way behind on everything today. :( There was so much on my to do list, and so little time. One thing that absolutely had to get done was a hair dying – it was of utmost importance because I don’t dye it the same color as my natural hair and there was a fair chunk of roots showing.

I’ve dyed my hair since I was probably 15 or so, back then it was never permanent colors because Mum wouldn’t allow that, it was only rinses that lasted a few washes. I suppose she was scared I would dye it pink or something. I did once manage to dye it green but that was not intentional. My thanks to the “state the bleeding obvious” beeyotch in high school who said, in front of a bunch of people, hey, your hair is green. I can’t remember her name but she had a funny eye and I’ve never forgiven her for saying it, and I’ve never forgiven myself for not bitchily shooting back a zinger of massive proportions, all of which came to me long after she said it. ;)

I had actually been trying to dye it black, but it didn’t work out because I had been secretly using hair lightener to make it a little blonde. Tip to new players – you cannot go from blonde to black without going to red in the middle, or else you will get green.

So about an hour ago, standing in a shower that looked like a shark attacked me in it, with red hair dye splotched all over the place, I thought heck, I haven’t blogged today. This is bad. And it really looks like I’ve been attacked by a shark in here. Tip for people who have not dyed their hair at home – it’s all nice and pretty in the salon when all the dye goes down the sink behind you and you can’t see it. It’s not so pretty in your own shower. :) However, it is easy to rinse off the walls, so not to worry.

Then I thought, is this environmentally unfriendly? Probably it is, considering the fumes from the hair dye would be enough to send you into space for a few days.

All these things add up to me thinking, maybe I should go back to having it done at the salon. But, it is so much cheaper to do it at home, and the color turns out great, and The Other Half really loves inflicting pain on me trying to rub off all the “oops” where he smudged it on my neck. He also has a great time wrapping my head in gladwrap once he’s finished the dying.

So, note this is the closest you’ll get to seeing any part of me here on the blog – here’s my hair.. ;) 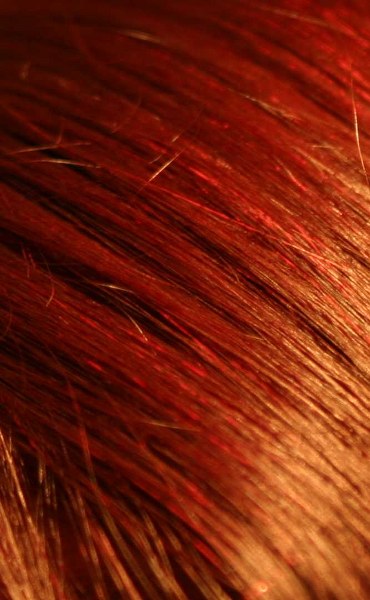 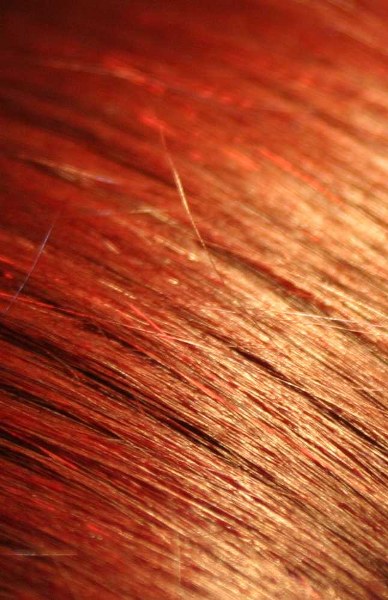 We had a heck of a lot of rain today, my little rain guage tells me it’s over 70mm in our own backyard. This means the lawn looks like a swimming pool, and the rubbish bin is now full of water. But rain is good and much appreciated. I just wish it was in places like Goulburn where they’re having a bad drought.

So now, I have to get some packing done because I have not even started yet, and then I have to get to bed pretty much on time because tomorrow I have chores and shopping and I have to get stuff ready to go. At least all the washing is done, and the Kitties are having a mutiny because I washed their favourite rugs.

If I get a chance before I go, and I should because I will make the time to do it (it might mean a chore doesn’t get done, but I can live with that) I want to blog about the kitties, they’re doing some strange things lately.. ;)

Some months ago I wrote about hairdresser hunting. Since moving here I have had some horrible haircuts, and the last one which was back in September was so terrible I had not been back to a hairdresser since. It’s taken 9 long months to grow out the layers put in by the last woman.

So I have been putting it off for as long as possible but now that it is winter and the hair was really long and taking ages to dry, I had to firmly pressure myself into going and finding a new place to get it cut. I’d seen this place in an alleyway off the main street of our local town which looked interesting. I went, I got my hair cut, and it feels a lot better. But I still haven’t found what I’m looking for.. a place that does everything. Haircuts, waxing of legs and eyebrows, all in one convenient location. That hairdresser does not do it. ;(

After getting hairs cut, the Other half and I went for a drive to get some night photos. The moon was almost full and we were hoping to get some kangaroos at night pictures. There were no roos out and about, but we did get these. 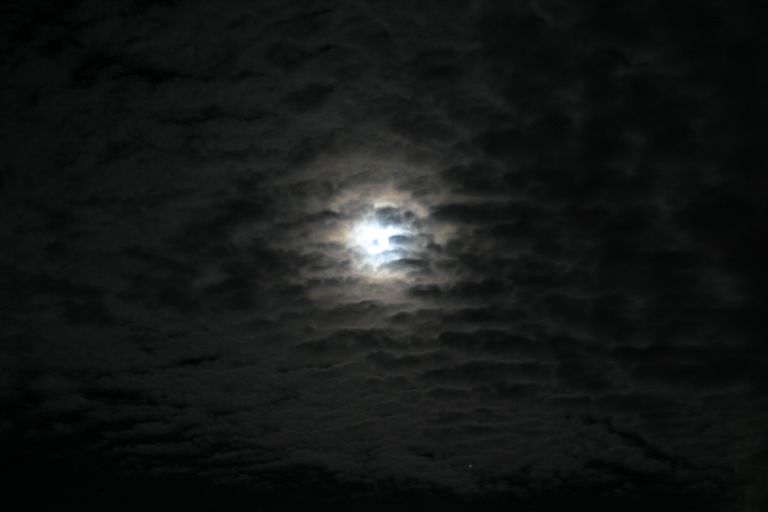 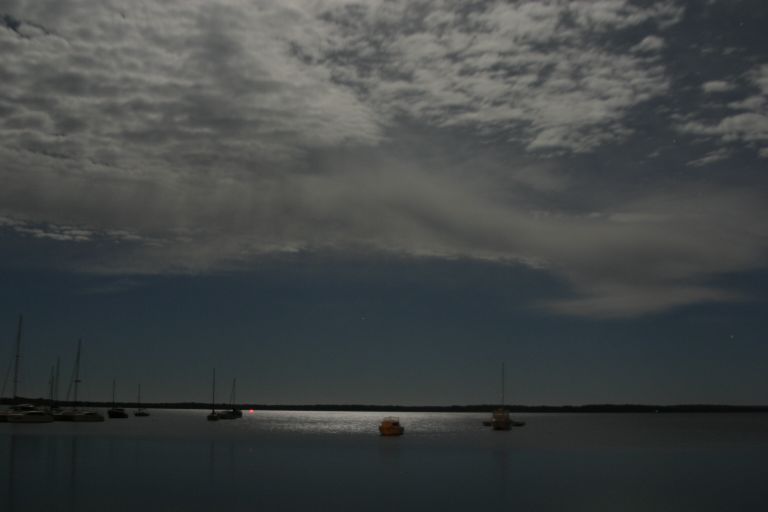 Where the last shot was taken, as we stood there the water is so crystal clear even in the dark, that we saw a big stingray gliding through the shallows in the moonlight. Amazing. I want to spend more time beach walking around there. Both shots are long exposure and we were using a tripod. It was windy at the first photo location – and there were rabbits! The second location was much calmer, no wind really and no waves, but there were also rabbits. Sorry, I didn’t get any rabbit shots, they ran off before we had the camera set up. Rabbits but no roos. It’s full moon for a few days now, we might try again over the next few days.

Today I went to the hairdresser.

Back in Adelaide, I was pretty monogamous with my hairdresser. We’d been seeing each other since 1992. She did cuts, color, perms and even eyebrow and leg waxing for me. She also knew my family because their hairdresser was right next to our family business so going to see her was like catching up with a friend. At one point during our relationship, she moved from one salon to another, and I moved salons along with her. She was the only person to do anything to my hair for 14 years though my other half took on the coloring a couple of years ago. Wow, that’s longer than a lot of marriages!

So I’ve been here over 6 months now, and in fact found a new place to get my hair cut through my parents who moved here 6 months before I did. But it’s not the same, people. Of course not, how could it be! :)

But this hair place ONLY does hair cuts. You can’t ask for an appointment, you just show up and take a seat, and the next hairdresser free is the one to cut your hair. I’ve had three different girls cut my hair since I got here. I’m not sure if I am comfortable with this type of relationship. Yes, I admit, it feels a little *slutty*. Plus, I need an eyebrow wax and I have no idea where to go to get one around here. One bad eyebrow wax and you can be looking like a drag queen. Not that there’s anything wrong with that, but it’s a little strange.

Let’s not even get into the leg waxing – my other half colors my hair, and I thought well if he can do that, he can legwax as well. He really has too much fun with it, he just loves to inflict pain and we don’t have the facilities for it here, and he makes a heck of a mess with the wax, so I think we’ll call an end to those festivities.

So I guess the hunt is on for a proper hair salon then. A few months ago I got a flyer in my mailbox about someone who actually goes to your house and does it, or you can go to their place and it was within walking distance of here, but I can’t remember who it was or where they lived. In the meantime, I have to get tweezing – it is so much more painful than waxing.