This week we have a Men I Love To Watch trilogy.

“An ex-hitman comes out of retirement to track down the gangsters that took everything from him.” IMDB

At first glance this may not seem to be the kind of movie I would enjoy, especially if you look at my previous movie catch up posts. But I am a fan of Keanu – I have been ever since Bill and Ted back in 1990. SO-CRATES. And then there was Point Break and Speed, where he proved he could be an action star. 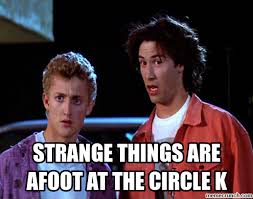 I would probably not have found my way to this movie at all if I had not gone to visit The Other Half as he was watching it, because it is not my kind of thing. But I walked into a scene that I found interesting, and I spotted more than one actor I enjoy watching in it. So I said I would like to see the whole thing. And wow, was it quite the show!

But I need to offer one word of warning. There is a huge reason John Wick – who had retired – un-retires. And it is probably one of the most difficult things for me to watch when it comes to movies and luckily I knew about it in advance so I did not have a massive sad, which I would have if I had not known. But I really do not want to spoil the movie for anyone who has not seen it yet.

That one I will not spoil it for you event sets John Wick off on a rampage of epic proportions. And because of what that event is, I was right there with him, and likely 99% of the world was as well.

These movies involve a lot of people fake dying and sometimes that is not very pretty to look at however the fight scenes and the John Wick Shoots Every Bad Guy In Sight But Conveniently Misses Innocent Bystanders scenes are so beautifully choreographed, it is almost like interpretative dance. A ballet of death, of sorts. Not a ballet for the feint of heart and there is a lot of shooting, so do not watch this movie if you are offended by violence and shooting.

The movie soundtrack is excellent, my particular favourite was Killing Strangers by Marilyn Manson but there was a lot of great thumping bass songs, too.

I have to credit the Breaking Bad and Better Call Saul insider podcasts for giving me a respect for how things are done in teevee and movie land. There were some scenes in here where I was just wow, how much time, effort and work went into that!

Hands down this is the 2nd best action movie (the 1st best will be here next week) I have seen in a long, long time. Some of the shots are SO gorgeous. There are some great names in this cast, everyone from Lance Reddick (seen above, who I love watching in the TV show Bosch) to Ian McShane to John Leguizamo to Willem Dafoe – plus the wonderful bonus of Toby Leonard Moore for us Billions fans.

I really loved that most of the main characters were suited up in very gorgeous menswear suits most of the time. Though if you are a hitman, perhaps there are better colours of shirt than white. And if it is bucketing down rain and you are fighting in a suit complete with waistcoat and tie that might be a bit of a hindrance to your performance in real life but it sure looks great on the screen.

“Based on the extraordinary true story of Operation Anthropoid, the WWII mission to assassinate SS General Reinhard Heydrich, the main architect behind the Final Solution and the Reich’s third in command after Hitler and Himmler.” IMDB
This movie contains two men I love to watch – Jamie Dornan and Cillian Murphy sporting a haircut that reminded me very much of an early Mark Owen hairstyle. In fact his resemblance to my favourite pop star was mildly jarring to me throughout the entire movie. 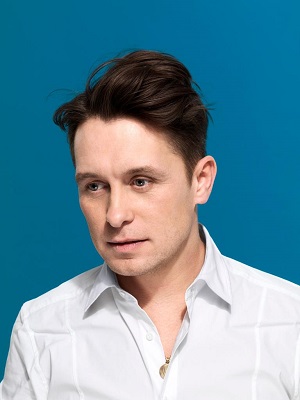 Mark Owen from Take That

I really should research these kinds of movies before I watch them but that tends to spoil them. In this case I am very glad I did not as not knowing the outcome ramps up the tension levels for me. If you plan to watch this movie I strongly recommend you do not research this operation either.

I am not going to say anything about what actually happens in this movie other than to say this is an important story which was extremely difficult to watch. I am glad I had no idea what I was letting myself in for or else I may not have watched it at all. Approach with caution is all I can suggest. It might be that I find the Nazi regime more scary than most things.

I will say that I had planned to see this in the cinema when it was released and having seen it now I am very glad I did not. I think it would have been too much to witness all of this on the big screen. I was enough of a mess having seen it on the TV.

The performances are excellent by everyone in the cast, especially Jamie Dornan and Cillian Murphy but they are ably supported here by a truly wonderful supporting cast. The writing is great, the tension is high and for at least the last 40 minutes I was completely freaking out. I understand in real life the events that took place in that 40 minutes went on for 6 hours. That is completely unimaginable to me.

The end result that Sean Ellis directed, co-wrote, produced, operated the camera and was the cinematographer for is an incredible effort. He is someone I will be keeping an eye on, this was so well done. I cannot believe one person was responsible for so much of it. That is a lot of work. 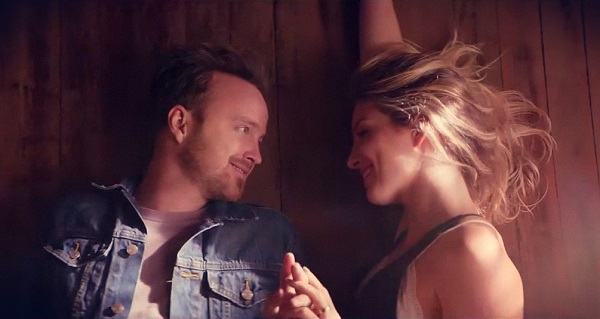 Come and Find Me

“When his girlfriend goes missing, David must track down her whereabouts after he realizes she’s not who she was pretending to be.” IMDB

The only reason I chose this movie was because Aaron Paul was in it. I have been a huge fan since he was in Breaking Bad. Sometimes even the best actors end up in Not Great movies and this was one such occasion. I think the biggest problem here was the huge amount of flashbacks for no apparent reason. Every time the story began to pick up the pace and you would get comfortable and/or interested in the “now” suddenly the movie would flash back to the “then”.

Garret Dillahunt was the stand out cast member other than Aaron Paul, and an unexpected star of the movie was Canada, where this movie was filmed. Aaron does his usual reliable work, and that was enjoyable, but this is not something I would go back to watch a second time.

Directed and written by Zack Whedon – the brother of Joss and Jed – I also suspect that these two tasks did not mesh very well. Sometimes when you have written something, you cannot see the trees for the forest when it comes time to direct that same something. The story might have been better served if someone else had directed it.