Overweight people know what it feels like to be looked at and judged – but maybe EVERYONE knows that? Maybe we all judge each other based on appearance all the time? I know I do it. Do you? 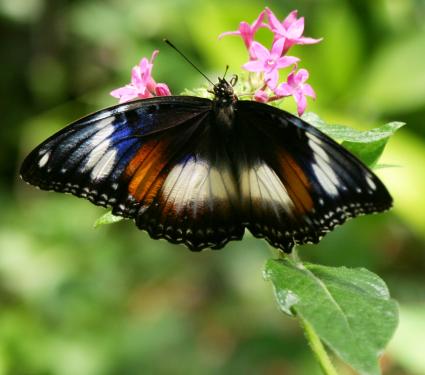 When we are walking down the street, we are constantly looking at people and making quick assessments. Will this person hurt me. Will this person try to mug me. Am I safe here? Is there anyone around not making me feel safe? Logically these are assessments we need to make in order to stay safe. The trouble is, we’re all making wrong assessments. We’re making assessments based on our own history, our past experiences, what we’ve read, what others have told us.

It is no different to you driving past a car accident. How many of you think “He must have been going too fast” “That car must have run into that other car” “He lost control going around the corner”. We want to try and learn from the mistake that driver made. Anywhere you have seen an accident, you will find it difficult to drive past that spot without remembering what you saw. Perhaps not consciously, but your subconscious will do it for you. There’s a whole science to accident investigation. Our assumptions are probably way off. We still make them anyway.

If when you were a kid, Santa scared you, you might subconsciously be scared of men with beards, right? You might have thought, when you saw that above image – that man has a huge beard, I find that scary, I would keep away from him. If you have had bad experiences with people of color, people of a certain sex, people who dress a certain way, teenagers, homeless people, bikers.. you will subconsciously steer well clear – maybe even consciously. People who have had good experiences with those people might give them a smile, approach them and say hi, feel more comfortable in their presence.

Our intuition fails when it is loaded with inaccurate information. Since we are the editors of what gets in and what is invested with credibility, it is important to evaluate our sources of information. I explained this during a presentation for hundreds of government threat assessors at the Central Intelligence Agency, making my point by drawing on a very rare safety hazard: kangaroo attacks. I told the audience that about twenty people a year are killed by the normally friendly animals, and that kangaroos always display a specific set of indicators before they attack:

1) They will give what appears to be a wide and genial smile (they are actually showing their teeth).
2) They will check their pouches compulsively several times to be sure they have no young with them (they never attack while carrying young).
3) They will look behind them (since they always retreat immediately after they kill).

After these signals, they will lunge, brutally pummel an enemy, and gallop off.

I asked two audience members to stand up and repeat the three warning signs, and both flawlessly described the smile, the checking of the pouch for young, and the looking back for an escape route. In fact everyone in that room (and now you) will remember these warning signs for life. If you are ever face-to-face with a kangaroo, be it tomorrow or decades from now, those three pre-incident indicators will be in your head.

The problem, I told the audience at the CIA, is that I made up those signals. I did it to demonstrate the risks of inaccurate information. I actually know nothing about kangaroo behaviour (so forget the three signals if you can — or stay away from hostile kangaroos).

In our lives, we are constantly bombarded with kangaroo signals masquerading as knowledge, and our intuition relies on us to decide what we will give credence to.

Australians are going to have a particularly difficult time forgetting those kangaroo signals, because we see kangaroos reasonably often. ;) Right Aussies? And I can tell you, every time I see one, the above passage is remembered within my skull.

So you may be reading this post wondering – where is she going to talk about fat being the new black? I’ve written before about being one of only two fat people in a room of over 500 high school students to hear a lecture titled “Fat People Are Dirty People”. That was over 15 years ago. Our situation has not improved, people.

Fat people are looked at, judged. People who are overweight can feel the looks of disapproval wherever you go, and they even come from people who aren’t exactly stick thin themselves. If you eat in public, expect disapproving glances. You can almost feel the people thinking “They shouldn’t be eating that”. Fat people are called names, have jokes told about them – and they are expected to laugh! – are taunted, teased.. they find it harder to get a job, they find it harder to be promoted, they find it difficult to travel – seats too small, people don’t want to be stuck next to the fat person.. this list can go on for pages, my friends.

Can you take that previous paragraph and say the same thing about a race, a color? Not these days. It is illegal to discriminate based on race. It is considered inappropriate to shoot disapproving looks at people of color or race. People of color or race are not judged on what they are eating – unless they are also overweight!

It is not illegal to discriminate based on weight. An excellent article you should read is Do We Really Need A Law To Protect Fat Workers? – a couple of quotes from the article but I hope you will go and read the entire thing.

“Hiring, firing, discipline, training, wages, we’ve got more than 40 studies now in both the lab and the workplace,” says Mark Roehling, a management professor at Michigan State University in East Lansing. “People in all of them tell you they discriminate on the basis of weight. I had one guy tell me there was one kind of person he absolutely wasn’t going to hire – a fat girl. And the punch line is, this guy was overweight himself.”

Consider Roehling’s survey participant, the one who told him “there was one kind of person he absolutely wasn’t going to hire – a fat girl.” Now replace “fat” with “black.” It’s the textbook definition of discrimination. And because it would be so unfair, so wrong, so illegal to follow through with it, it’s hard to imagine that anyone in today’s society would dare.

Another very good example of what I am talking about appears to have reared its ugly head on Facebook. According to mo pie from Big Fat Deal in the blog post Face! (Book) which I have put a couple of quotes from but again, I encourage you to read the full article –

Although Facebook does crack down on religious and racial hate groups, fat hate groups are flourishing. I’m not suggesting that these groups should be shut down; I think the worst ones (like “let’s kill all fat people”) have been, and I’m more inclined to let people say their piece than be censored, where possible. Even so, I did a couple of searches and poked around and found hundreds of groups dedicated to fat hate.

Replace fat with black, hispanic, asian, any race, any culture – would it be accepted? No way! Facebook cracks down on religious and racial hate groups because LEGALLY THEY ARE REQUIRED TO DO SO. They are not required to do so when it comes to weight.

The sooner “weight” is added to the civil rights act in the US the better. The law says (in part, you can read the whole thing here) –

to fail or refuse to hire or to discharge any individual, or otherwise to discriminate against any individual with respect to his compensation, terms, conditions, or privileges of employment, because of such individual’s race, color, religion, sex, or national origin;

And maybe a couple of other things should be added there – ie sexual preference and possibly others – what would you add?

Until then, it is accepted that you can say whatever you like about fat people, refuse to employ them, refuse to promote them, treat them with disgust, treat them without respect – and there is no way those people can do anything about it, other than to lose weight. I wouldn’t bother, personally. Losing weight does not always solve the problem, because once you’ve been a fat person you will always appear that way in people’s minds. I’ve experienced that myself as I wrote in my previously mentioned post..

So in the meantime, we overweight people have to accept ourselves as we are, and refuse to hear those who want to treat us badly. As Martin Luther King said –

Don’t ever let anyone pull you so low as to hate them. We must use the weapon of love. We must have the compassion and understanding for those who hate us. We must realize so many people are taught to hate us that they are not totally responsible for their hate. But we stand in life at midnight; we are always on the threshold of a new dawn.

Thanks for reading my article, if you liked it, stumble it so the word can get out to more people. If you have a spare moment, please leave your thoughts in the comments. ;)

This post is a part of a two week special on Race, Society and The Internet in conjunction with the Hump Day Hmmm.

Hump Day Hmmm, life lessons, politics, what not to do, wrong world