I have always been a big fan of cows but I’ve never known much about them. Since moving to the country I began to have questions about cows that I didn’t know the answers to. Luckily I found just the right person to answer them. I have been reading the blog of Ryan from Canada (blog no longer available on the web) for quite a while, and recently I got up the courage to ask if I could ask him my cow questions. 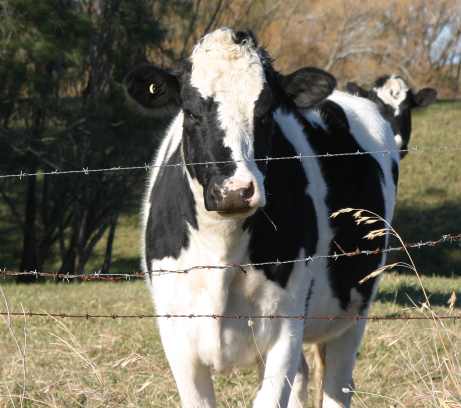 I am now so glad I did, because a few emails later I now HAVE ANSWERS! I know I’m not the only one with cow questions, and if you have one that is not answered below, ask it in the comments because it is possible Ryan will drop by to answer it for you. A huge thank you to Ryan for taking the time out of his busy schedule to answer my questions, I appreciate it more than you’ll ever know.. ;) And now, to the questions.

First of all, what do cows eat? – We drove past some cows the other day and they were eating some brownish looking liquid mixture – it smelt terrible, and it was all over them, too.

I’m not sure what this brownish stuff is – but with the recent droughts in Australia, they could be feeding just about anything to keep their cows fed! Here in Canada, we feed hay or silage, a combination of cut and dried grasses and legumes. This forms the majority of the diet. They also eat corn, chopped corn silage (the whole plant not just the kernels), barley, oats, molasses, soybeans, and many other things. It changes a lot from farm to farm.

How do cows know what time it is to go home? – You see them at a certain time of the day all starting to line up ready to go to the milking shed.

Cows have good internal clocks like you and I do. Mostly, they know when it is close to milking time because their udders are getting full, and they want to be milked!

Does the color of a cow indicate what breed it is, and do certain color cows do certain things better than other cows?

The colour is often a good indicator of breed, but it is not the only thing that makes breeds different. Also some breeds are the same colour, but are very different. The black and white dairy cows are Holsteins, and they have high milk volumes. The brown/fawn dairy cows are Jerseys, they have very high fat and protein in the milk. The red and white or all red dairy cows are usually Shorthorns (called Illawarras in Australia), and have good milk production with excellent ease of management and are very efficient. There are also red and white dairy cows called Ayrshires that look similar, but are a different breed.

Beef cows usually look quite different (more muscled, usually shorter and hairier). All black ones are usually Angus, all red are Limousin or Shorthorn, red and white are Hereford or Simmental, all white are Charolais. 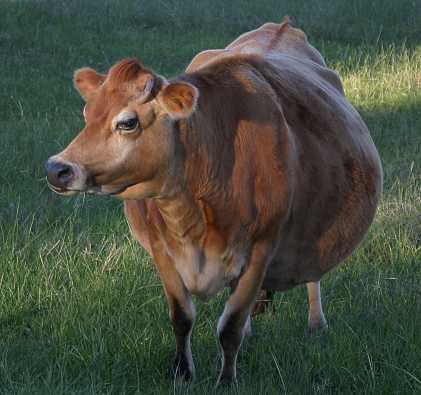 How does the whole pregnancy thing work? I understand the concept of insemination obviously :) but how do they know when to do it? I’m assuming it has to be done at the right time.

After a cow calves, the farmer starts watching for evidence of a “heat” period. When a cow is in heat, they will jump other cows, be jumped by other cows, and will show mucus on their hind end the day after heat. The farmer then marks this on the calendar, and 21 days later looks for another heat – if she shows, he then exposes her to a bull or breeds her artificially.

Do cows get pregnant naturally or is it all artificial insemination these days?

Most insemination is artificial, but some farmers still do some natural “service”.

Using AI, breeders get to use sires of top genetic quality from all over the world, as frozen semen can last for a long time and be shipped to many countries. At our farm, we use semen from Canada, the USA, Australia, New Zealand, and Sweden!

How young do they take the calves away from the mothers, and when they do that, what do they feed the calves?

In beef production, the babies stay with the mothers until weaning – usually at 10 to 12 months of age. In dairy production, calves are taken away from the mothers within 24 hours usually. The first milk (colostrum) from the mother is saved and fed to the calf for the first few days, and then they are fed either normal milk from a bucket or bottle, or milk replacer, usually a lower-cost milk substitute that is high in protein. 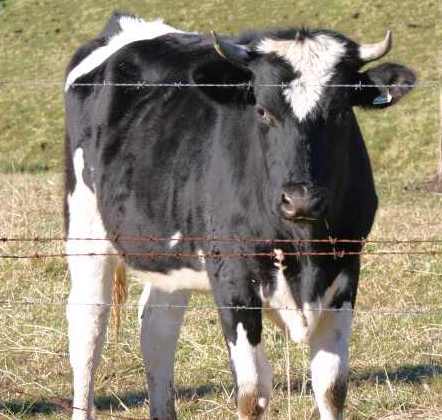 Do cows usually give birth at the same time of year, or with the artificial insemination do dairy farmers now spread the birth times around to make it less busy in one season?

Ideally, you try and get cows to be bred 3 months after they calve, so that they will calve again 12 months after they calved the last time – giving them 10 months of production and about 2 months of rest. Cows don’t always catch to the first breeding, or sometimes they are milking so much that the farmer doesn’t breed them right away, so sometimes this interval gets stretched out a bit.

Here in Canada, we try and have cows calving every month, so there are always new cows entering production to keep production constant. In Australia and New Zealand, many producers that use a lot of pasture-based production do what we call seasonal calving – have all the cows calve in a 3 to 4 week period, produce while the grass is green, and then dry them off at winter time…this way they don’t have as much stored feed to make, and they get 2 to 3 months off of milking! Can’t do that here – our season is much too short! 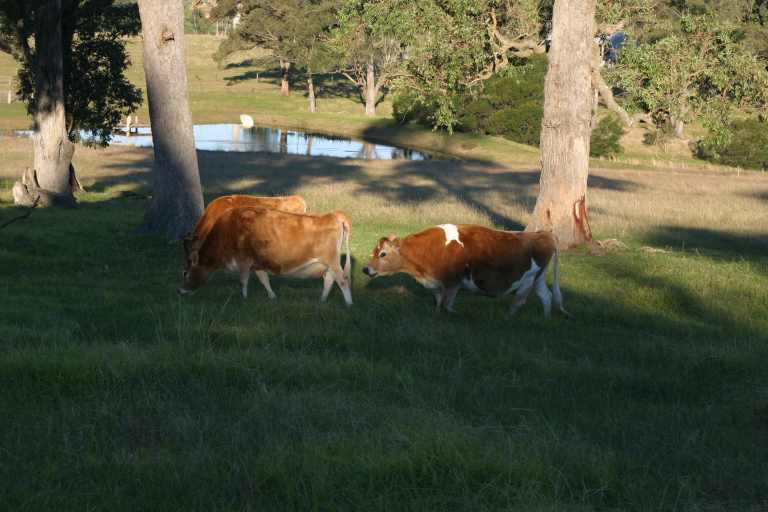 What should we know about cows that we don’t know? ;)

That’s a tough question! There is so much to dairy production that the public doesn’t usually understand. PETA and others often think that we are abusing dairy cows, but most dairy cows have a great life! They either eat all day on pastures outside, or live in climate controlled barns with feed brought to them and they lie down on bedding and stall mats. They get treated when they are sick, and they live longer than most other livestock species! We have cows at our farm that are 12 and 13 years old – that is old for dairy cows!

It has been my pleasure to answer your questions – let me know if you have some more! I also don’t mind if you end up posting this anywhere – just be kind!

Thanks again for answering my questions Ryan :) When you make it out here to Australia if you would like some enthusiastic company while touring cow farms I’m raising my hand pick me pick me! I even have a ute now! ;) And you’re welcome to stay here if you need to keep the costs down. The Other Half and I will even come pick you up from Sydney because we love a drive.