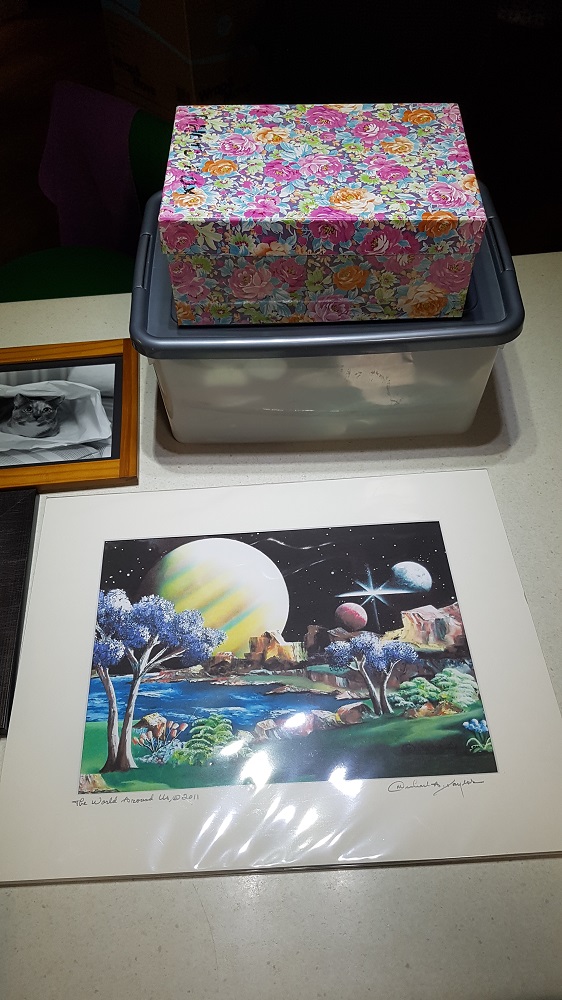 Hey Zazzy I am posting this especially for you, please forgive the disjointed state of this post. It has been pretty full on here. I’ve been writing this post for a week – there is a before, and an after.

I want to say a big thank you to those who have reached out whether on their blog or privately by email – it is much appreciated. ;) I am feeling the love. 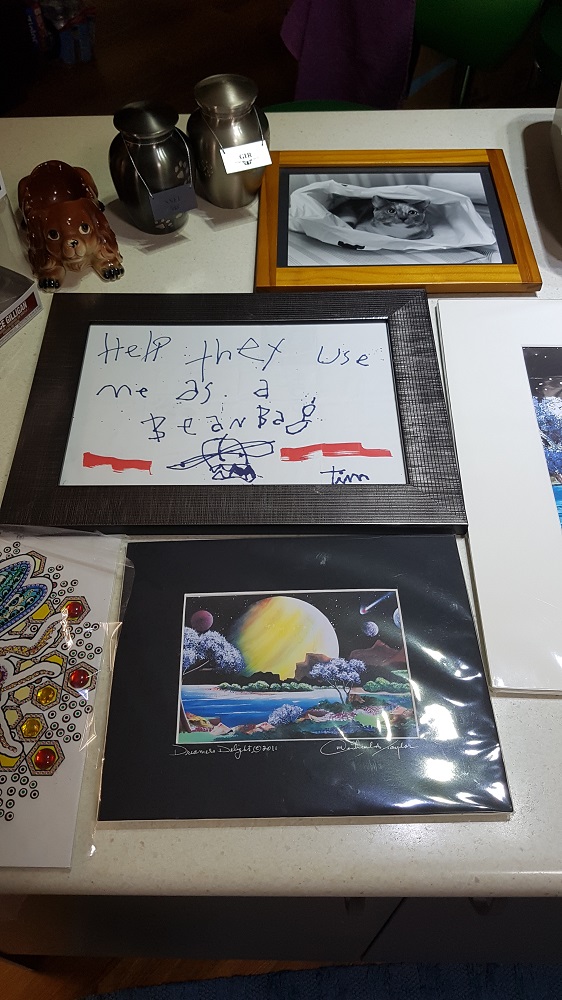 My most prized possessions (pictured in the first three photos) are not presently in this house. They may return this week, if we get the predicted rain. I vowed they would not return to the house until we got 100mls of rain. We are at just under 65mm at the moment, so still some more work to do there weather.

There was a day in January that we evacuated. Do you know how much trouble I had picking out my most treasured possessions? And once I had done it, I was just emotionally unable to pack them up. The Other Half had to do it, and still I get emotional trying to even talk about it. 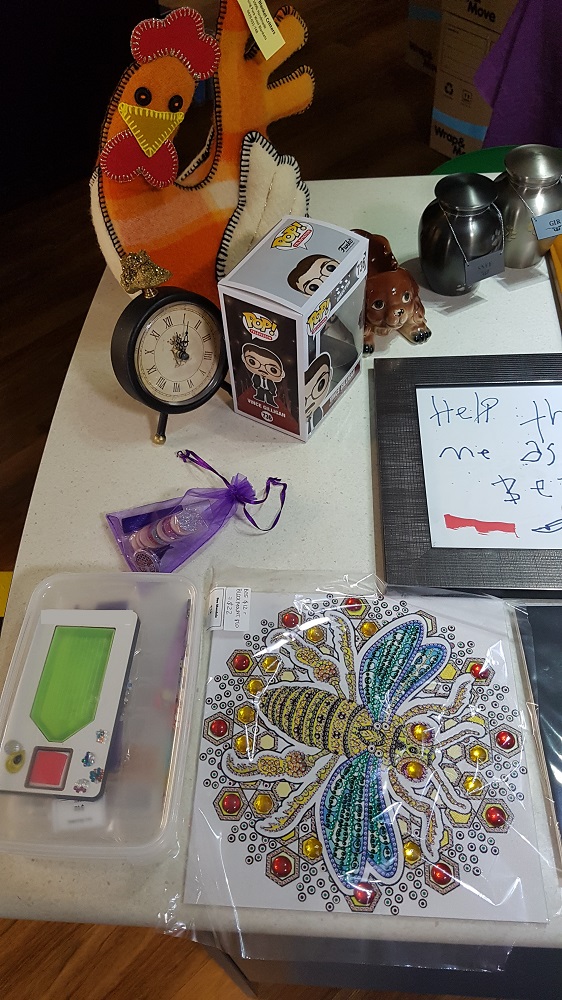 The day before we evacuted – a Friday from memory – we packed up the business and much of the shed stuff including our servers (which is why the site went offline the first time) and drove it up to a friends house near Shellharbour, about an hours drive north.

That night we went to get fuel in the van after dropping all the stuff off, and the fuel station was packed full of fire trucks. I don’t know why but the tears just started falling down my face and I couldn’t make it stop. Partly because I’d been listening to them on the scanner, partly because by this point three firefighters had been killed in the process of doing their volunteer job that they were not being paid for, partly because I was happy to see these folks had made it safely through their day that day..

I can’t explain it. This happened to me more than once. How do you even begin to say thank you? How do you even try to say how ashamed you are at how they have been treated by our own Prime Minister and politicians?

The following morning we took ourselves, the cats and chickens, my parents, a suitcase of clothes and the computers. I did not realise when we left that the predicted change would be coming through about 11pm that night – which meant we would not be returning home that day. I was unprepared for this event and ended up sleeping on a couch.

The Other Half had a camping mattress on the floor, my parents got the spare bed. The cats and chickens were accommodated for free at a vet up that way who had offered to take in displaced pets in their boarding facility. I do not think they expected chickens but they took them in and looked after them. 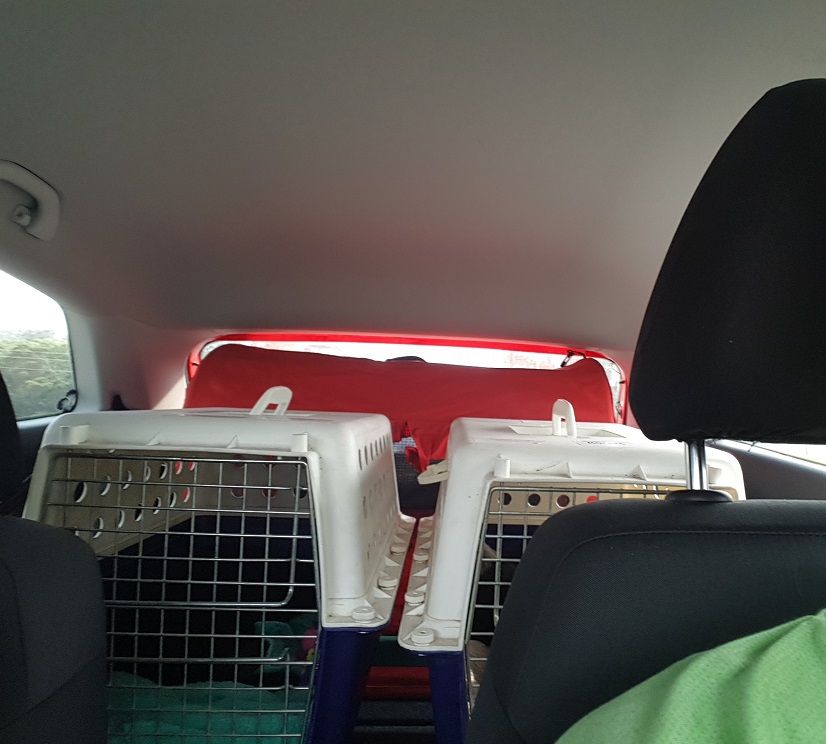 The chickens were entirely baffled by these events. First their coop door did not open that morning – deliberately programmed not to by us. They were placed into the Red Transport Carrier as a surprise, and loaded into the car. Most of them have been in the car before for a short trip but they were quite shocked by this hour long venture.

It reminded me of a video I have seen of pigs in a bathtub. The pigs make a bit of a fuss when placed into the water, then they relax and make some gentle oinking, then one of them moves and they all kind of freak out again. I can’t find the video or I’d post it.

The next day we returned home with cats and chickens to find the house still standing, though covered in ash and burnt leaves, even burnt twigs this time. We were physically and emotionally exhausted, but once the cats and chickens were re-installed to their correct places, we made the trek back up to pick up all our belongings we’d taken up on Friday. We unpacked the shed stuff and the business stuff, and tried to get back to normal.

But normal is a different thing now. Impossible to describe. Everyone is so much more friendly. There is a real sense of community which was mostly lacking before.

This is as far as I got writing the first part of this post before we got very busy with life and the business and also a new weather event, so now..

We’ve had rain. SO MUCH RAIN. Remember we were at 65mls?

That is 308mm in the space of a week. My belongings are back in the house. Would it surprise you to learn I’ve had just as much trouble unpacking them? The suitcase is still full. But this is more a lack of time thing than a lack of want to thing. The business has taken off this past few weeks and we have just been so flat out.

I went to the local show recently and met a couple of the firefighters I’d heard on the radio a lot in person. This time the sight of fire trucks did not make me cry, but I did have a chance to try and express my thank you in person. One of them I know for a fact much of their hard work prevented the fire getting any closer to where we live.

One of the reasons I do not post here so much anymore is something I am really struggling with – online anonymity. I can’t be anonymous with the business. It is at our house, where we live. I’ve had to put myself out there and it has been very scary for someone who carefully built their online alias.

When I’ve wanted to tell you about it, I know that anything I say could lead the intelligent folks who read this blog to my own doorstep – and some of them might not be friendly types. You know, those Nigerian scammers I got arrested, or those whose fake cheques I collected which cost them money. But I want to tell you what I am doing! So I will likely write a password protected post soon and you’ll have to email me for the password.

In the meantime, we are safe, the water has mostly drained away, while it is a bit soggy underfoot still and the chooks doing well but they are a muddy mess we’ve all survived this season of fire and water. 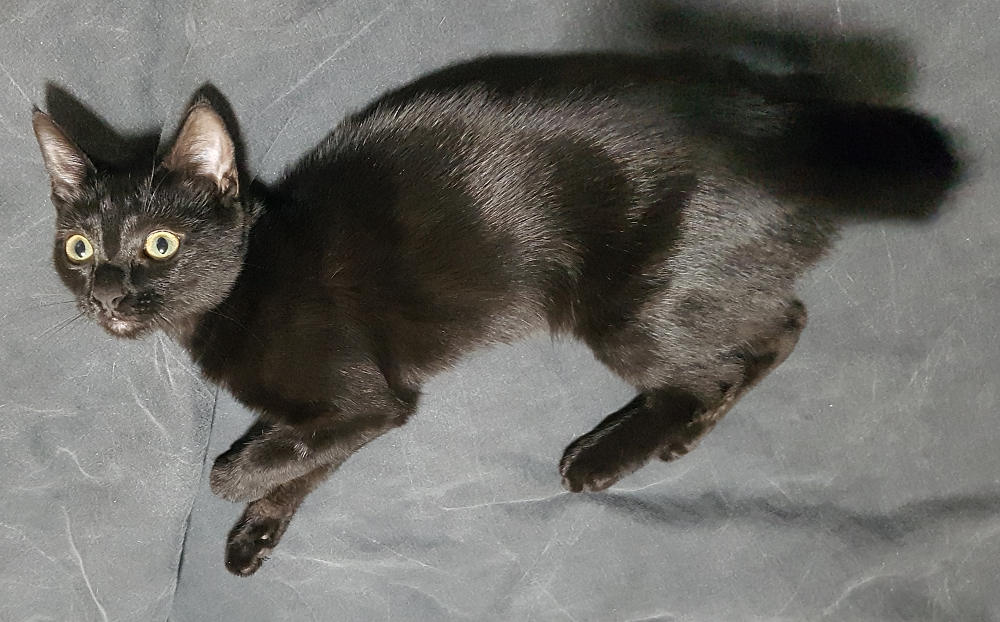 Our Cuckoo Kitten is now a Mini-Cat. This photo does not give you an accurate concept of her lankiness. She is delightful. She adores Happy. The feeling is not at all mutual. Happy is not a big fan, but she is tolerating her, and sometimes when we are not looking, she will play and actually enjoy it! But as soon as she sees us looking.. she is back to pretending not to like the Mini-cat. 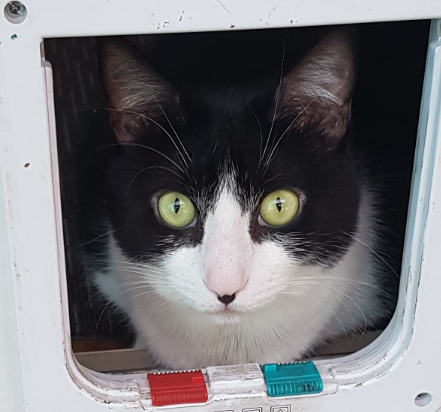 There is so much more but it is getting late and I’m going to post this and head to bed.

7 thoughts on “What To Say”