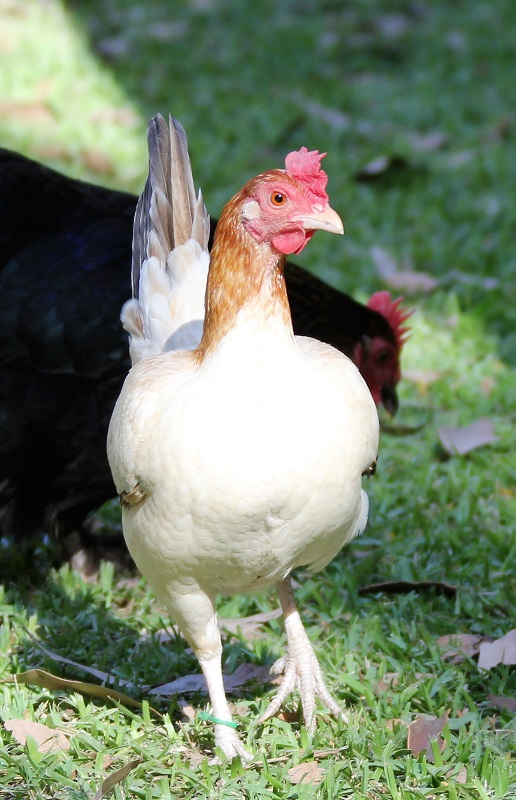 Of all the experiences we have had so far keeping chickens, the past few hours have been some of the worst for us. About 5:30 this morning I woke up and had to go to the bathroom. I heard some chicken panic noises, so I ran to the back door, opened the curtains, turned the lights on, and ran out. That particular act saved our Grey Pekin, Kitty, who had already been grabbed by an extremely large fox that had managed to get into the chook pen – she has two teeth bruises but luckily it did not break the skin.

At first we could not see, well, anything. It was still dark out. The other half went to find torches, and I checked on the girls but really was so disorientated by what was going on, I wasn’t sure of anything. I could see feathers on the ground so I knew someone was badly hurt, I just did not know who, or where they were. I could see four of our girls who were very freaked out and had all woken up and were now running around the chook pen. But this meant two were missing.

I soon found one of the white girls who was broody in the laying box. By now the other half had returned with torches, and we found Diana laying towards the back of the pen. There was nothing we could do for her.

We couldn’t see what was responsible for this, and our main focus was to get the other girls safely into the enclosed chook coop and lock them in. That was a lot harder than it should be – of course they were very freaked out, and we were quite freaked out ourselves.

Once we’d put them inside and locked them in – there is no way anything can get inside there once the doors are closed and latched, no access points, we went back inside to look on the cameras at the time of the attack, and we saw a massive, medium dog sized fox roaming our yard. I did not keep watching, but the other half did, in order to identify how and where it got in. It was incredibly quick – on the cameras it was still roaming our yard at 5:27am not yet having made it inside, and we got out there just a few minutes after that.

We went back out to check on the girls and find the hole – it was still dark at this point. It wasn’t until the other half sent me inside to research fox traps and I turned around to see Diana lying in the garden bed that the full magnitude of what had happened struck me, and I’ve been a bit of a mess since then.

Obviously we will be reviewing our enclosure – by 6:50am Diana had been buried, the hole in the outer chook pen had been resolved via The Other Half, some extra mouse mesh and wire ties. He’ll spend some time today checking for other possible weak spots, we will add in sensor lights and look to hire a trap though all the places are shut locally today. The girls will be locked in at night and we may add in extra slide locks, all of them will be padlocked each night.

Once you have a fox visit and attack, they will return, guaranteed. It is what they do. Our only option is to up our game security wise, set some traps, and catch it. But this thing was HUGE, so it might be more difficult to get a trap that will fit.

We are keeping a very close eye on Kitty, she may have internal injuries that we cannot see. She may not survive, though it has now been two hours and she has made it this far, this kind of shock can always take a bird as a surprise. Once we fixed the hole we let the girls out of the coop, though the others were slow to exit they have all gone out into the yard. Kitty has not ventured out as yet.

In a slightly concerning note, one of the other girls – I think Foo – though not attacked by the fox and not injured as far as we can see, appears to be somewhat unwell. She had a thin shelled egg this week, she has now made a little nest for herself in one of the spare laying boxes I posted about on Friday and is resting in there. We will be keeping a close eye on her as well, and if required she will be off to the vet today. 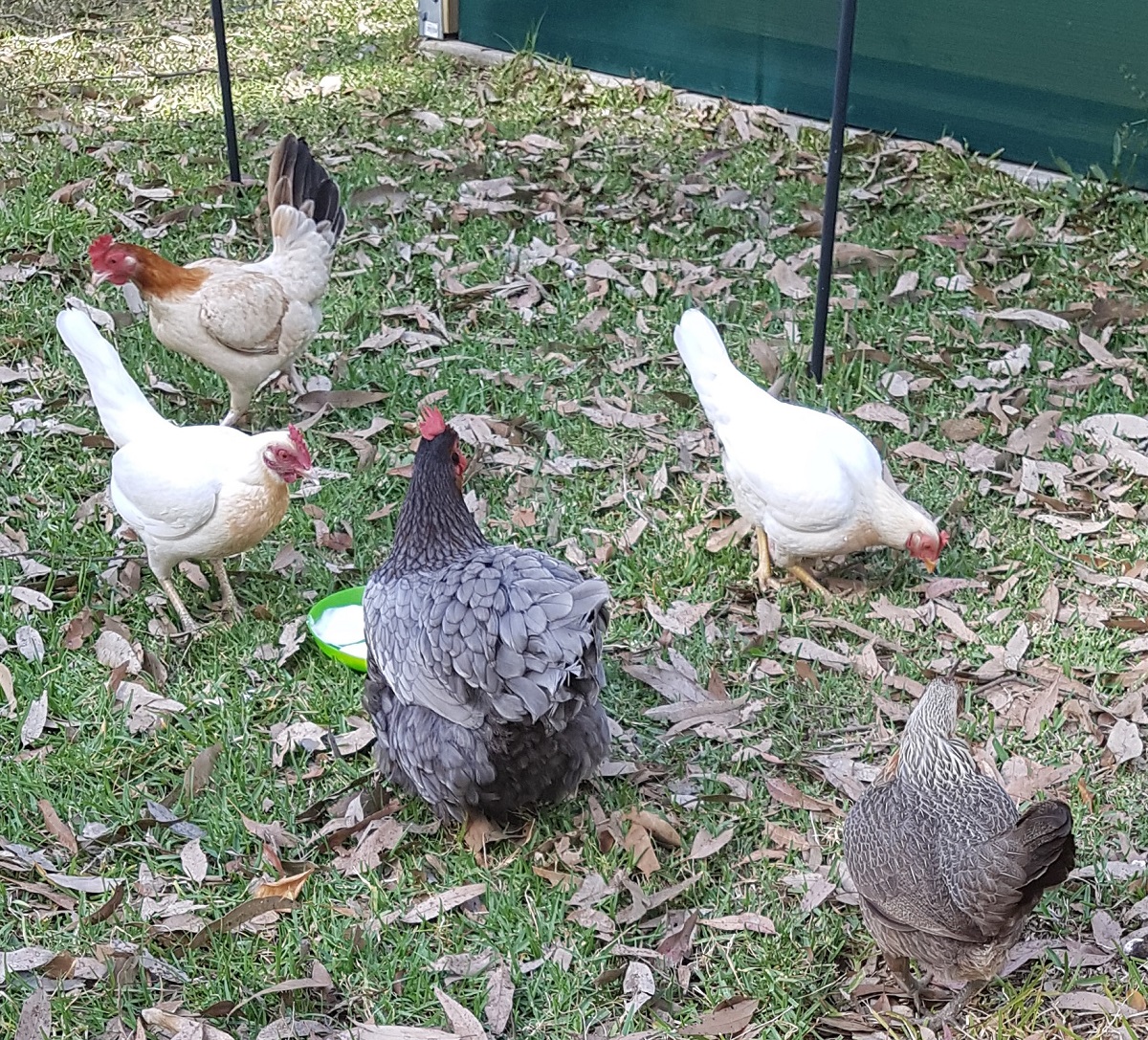 Diana was probably our most challenging chicken to keep in recent times. Her sister Queen was very flighty, and Diana was similar. She did not love humans too much and kept her distance but since Queen passed she had begun to thaw towards me slightly, especially as I am the bringer of treats.

I had begun to think there might be a day when she took a treat directly from my hand – that is what I was working towards. Not sure what her thoughts were on that. ;) We had to trim her feathers a few weeks ago after she got up onto the top of the chicken enclosure.

Just last night, when it was time to shut the girls in, Diana took off in the opposite direction in a very determined manner, and The Other Half had to get very creative to convince her to go back inside. She loved all the chicken treats but was especially partial to cucumber and meal worms. We will miss her.

As I always post when this happens – there are (presently) 5 other chickens in the yard for whom life continues. They live minute by minute, sucking the most joy out of each and every moment, whether it is a dirt bath, finding a bug, eating a treat from the humans.. all we can do is love them while they’re here, protect them the best we can from predators, know when it is time to let them go, and remember them when they are gone.

Afternoon update – In my shock this morning I had accidentally scheduled this post for next week, somehow. But this is good as it gives me a chance to update. Kitty and Foo are now at the vets, being monitored. The vet was cautiously optimistic. Foo turned out to have a cut to her breast, we are not sure whether this was the fox, or whether she caught herself on something in the panic. We have picked up a very large dog trap from the local council, which we will be setting up. The girls will be locked in tonight.

We have kept chickens for a long time now and we are extremely lucky that this has been our first fox attack. That doesn’t make today any easier. It is never easy to lose a much loved pet, and when it might be 3 of them at once, that is three times as difficult. I will keep you updated on the other girls when I know more.