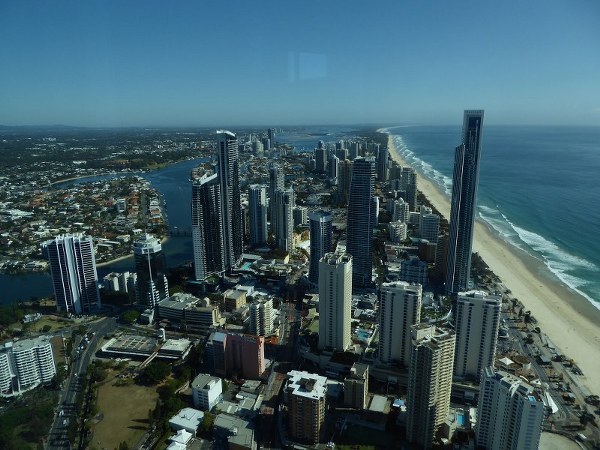 On Tuesday morning (25th October) we were surprised to wake up just before 5am. We really had no choice in the matter, as the moment the sun rose, there was too much light to sleep. Our today plan looked like this – 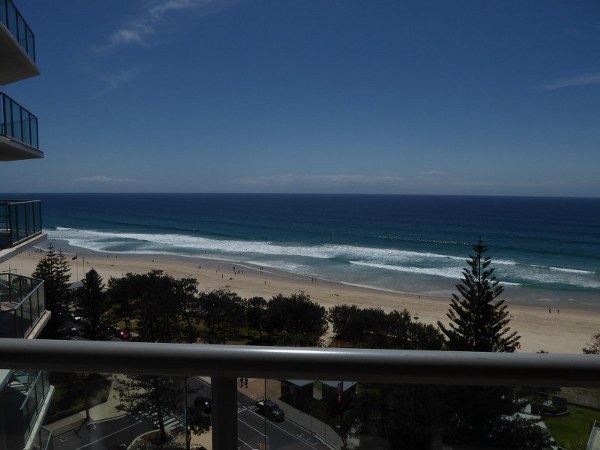 Once we got up and went out to the lounge area to sit and wake up, the weather was absolutely gorgeous BUT we discovered that our American friend had not had a very good nights sleep. Which made the today plan very clear. You cannot go to the theme parks sleep deprived, it just will not work out well for anyone. So Harbourtown it was.

I had a quick shower then I went down to the local convenience store to get some milk for breakfast while the boys had their showers. As I approached the store I saw someone in black behaving very strangely and when I got to the store, it turned out this guy had abused the shop owner and then broken the doors to the store.

I could not get inside until the owner figured out a fix. He told me what happened and that he does not understand why people have to act this way, this is not the first time he has had some trouble. I bought some more expensive milk than I had intended, just because the guy was having a not great day. It was the Paul’s farmhouse gold which they add cream to, so it kind of looks like real cream on the milk. 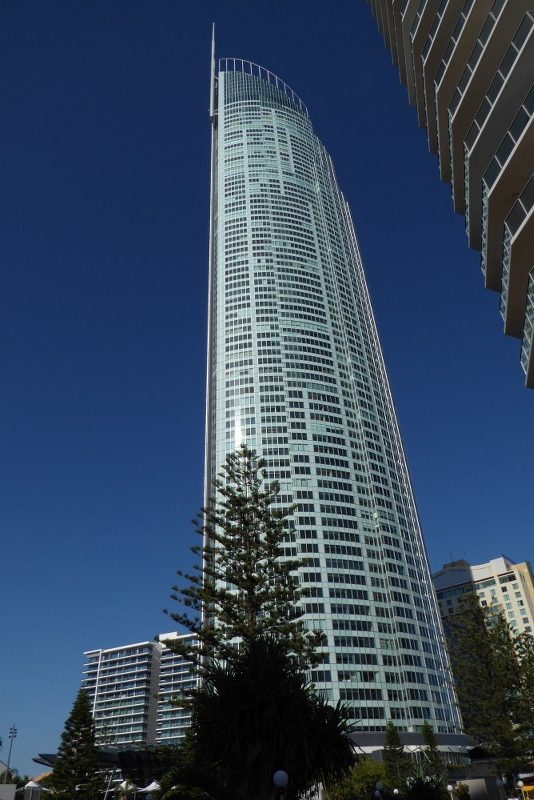 We decided to go to Q1 to sort out our 7 day passes then Aldi, then see how we were doing. Just a note for those who are wanting to do 7 day passes etc, you can get these sorted out at Q1 rather than having to wait until you get to Dreamworld. They give you basically a ticket, which is valid for 7 days.

At Q1 I discovered that my previously known about vertigo has become a lot worse. While I loved the views from up there, I had a lot of trouble when I got too close to the windows and held onto the poles in order to feel safer and less like I was going to fall. The views were fantastic and we spent quite a bit of time up here taking photos and working out where things were and what we could see from up here. 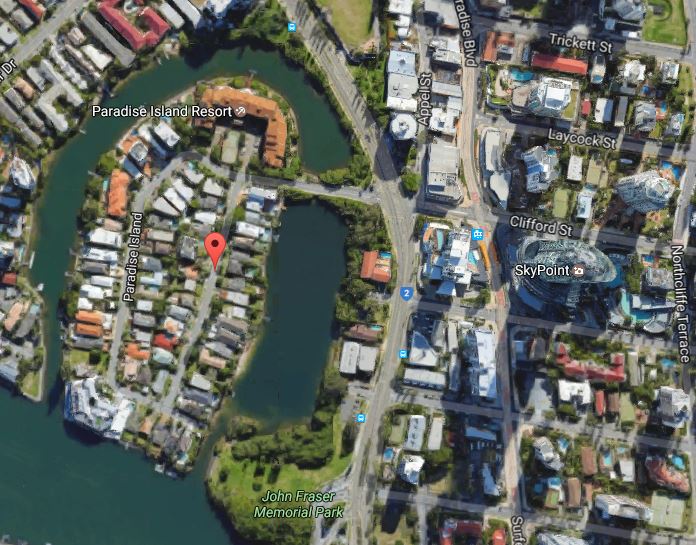 A quick trip to Aldi – we had to detour around Paradise Island due to a poor lane choice. We just drove around it. This was not the only time we had to do this during our visit. I have to say the accommodation here looked quite interesting and I understand one of the resorts there is especially great for kids.

Managing to sort out our route, we went via Chevron Island to Aldi at Southport. Traffic was surprisingly heavy until we realised it was essentially peak hour – it was only 8:30am or so. It felt like we’d been up for hours. And we actually had. Thanks Queensland! 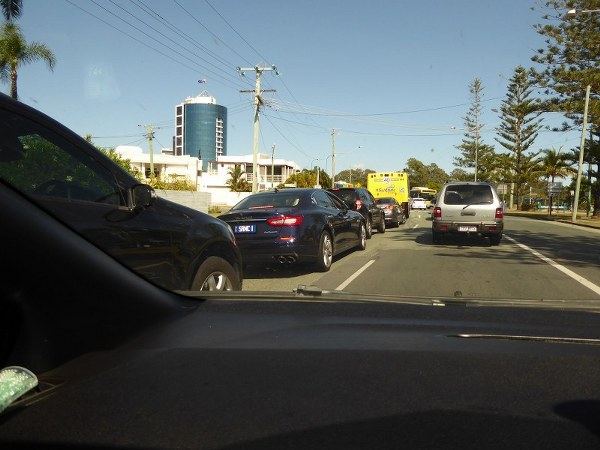 The apartment is self catering, so we knew ahead of time there is only a small amount of things like toilet paper supplied. On this occasion, unlike previous stays, we had no dishwashing powder or tablets supplied and no washing powder. I had brought our own from home. We went to Aldi in Southport and got paper towel, toilet paper, all the extra stuff one needs in a self catering apartment. We had our own car so this was easy for us to do.

For our dinners, the plan was to bbq each night with one exception, providing the BBQs seemed ok. Our second option was to use frypans in the room we were staying in, and that is the one we ended up going with. The BBQs were not especially clean at the Peninsula. I do recommend if you want to BBQ, bring along a BBQ mat..

We decided to use the large frypans in our apartment to cook our “BBQ” each night. I got two bulk packs of chicken which we cut up and I placed into a ziploc bag with lemon and lime juice and garlic infused olive oil to marinate. 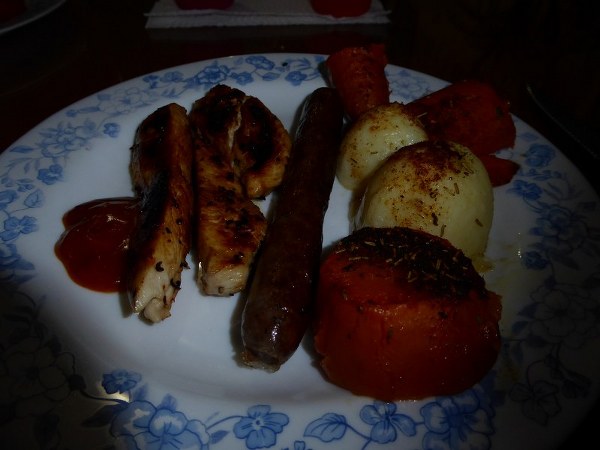 I had brought Masterfoods pepper steak to shake onto the chicken, it is our favourite. Each night we would just take out the amount of chicken we needed. We also got some steak and sausages. I would parboil some potatoes and sweet potatoes and then put them in the oven either as roast potatoes with some spices I blended myself and/or with butter and cheese. I would cut up an avocado which we would have as the salad. Super simple but very tasty.

We went back to Peninsula and dropped off our groceries, had a quick lunch (sandwiches for some, protein shakes for others) then headed out to Harbourtown. WE LOVED THIS PLACE. It truly had something for everyone. The facilities are great, we went to the visitors lounge and got the discount card, I left the boys there to have coffee while I went to find the bathrooms which were beautifully clean. 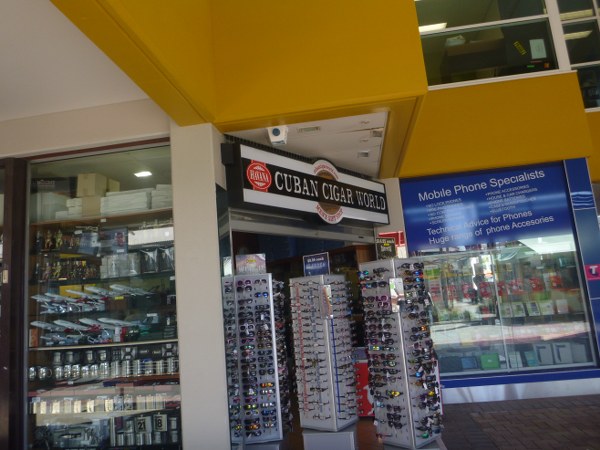 From airplane models in the window of one of the lesser known worlds in Australia “Cuban Cigar World” to half price Swarovski bracelets to discount sporting team apparel at stores like BLK and ASICS to very reasonably priced books to Lindt chocolate where you can also get a coffee or shake, there really is a great variety of stores and items to be found here.

We could have easily spent a whole day here exploring the various stores. As it was, we spent a couple of hours happily browsing and found some great bargains. I did get a half price Swarovski bracelet. 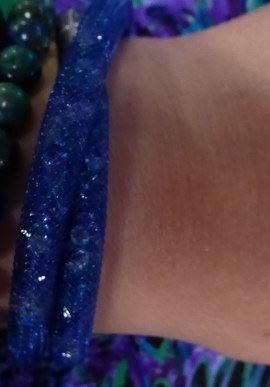 My American friend who happens to be into Australian cricket found a bargain official Australian cricket t-shirt and a book of Formule One circuits. I found an Adelaide Crows training t-shirt for my Dad. We needed to pick up a good chopping board as our apartment did not have one, and we found a huge one for $15 at a kitchen place. It returned home with us and I wish I had picked up a couple more, it is great. 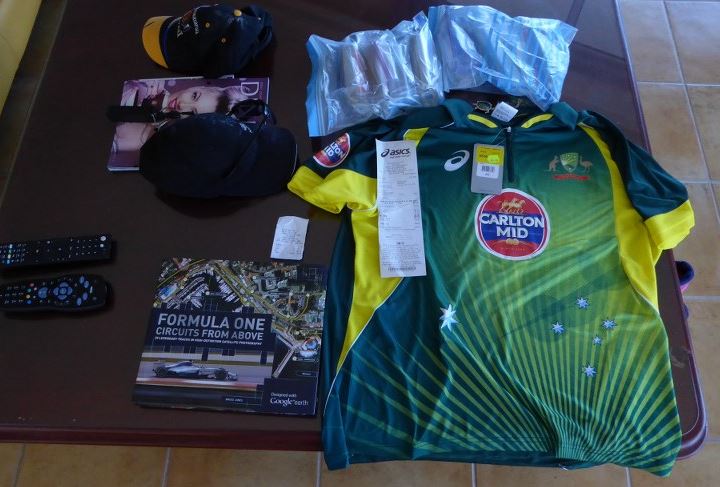 When we returned to our unit, we did some food prep for dinner, cutting up the two bulk packs of chicken, peeling potatoes and putting them on to boil. We decided a swim was in order. It had been a very hot day. We all got into our swim gear and headed down to the pool about 4:30pm, leaving our electronic devices safely locked in the unit safe.

As we walked into the indoor pool area, I heard a woman say to their child “Something happened at Dreamworld”. I mentally filed that away as something to check out later, and we enjoyed our swim, starting in the outdoor pool and then going into the indoor pool for a while. We were there for well over an hour. When we returned to the room, there were several somewhat panicked messages from my Mother on both my phone and my other half’s phone, asking were we all right and had we gone to Dreamworld. 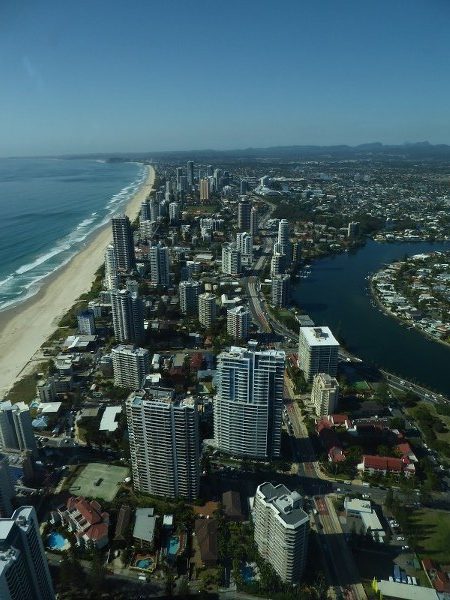 We turned on the TV to find out what was going on and heard the very terrible news, that 4 people had been killed on one of the rides. My poor mother had been thinking it could have been us for a good couple of hours there, because she could not get in touch with us and our original plan had been to go to Dreamworld that day.

If we had gone to Dreamworld, that ride is definitely one we would have gone on. Though we would have chosen to ride it earlier in the day, we may not have been able to because there was a problem with it. They were saying the park would be closed Wednesday, and to be honest I do not think we would have wanted to go if it was open. 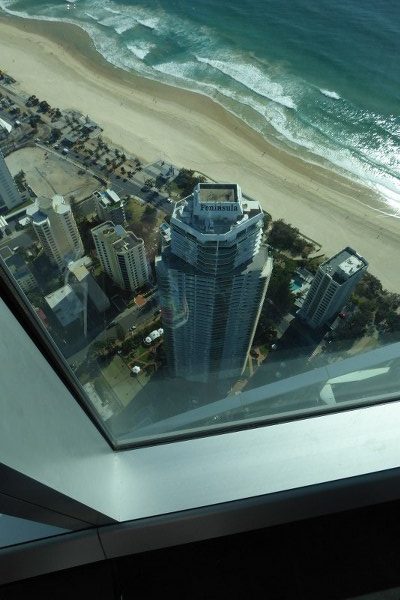 We were kind of in shock, that this could happen, and that it had happened on a ride two of us there had been on many times before, and that we could have been in the park queuing for – or even *on* the ride – when this happened. There was a small element of “this could have happened to us”, which was certainly something to think about.

We spent the rest of the evening cooking dinner, watching the news coverage, and trying to make a new plan for Wednesday. We decided to get Go Cards in the morning and then take the tram all the way to both ends of the track, then visit Pacific Fair and have lunch there.

I will tell you about Wednesday NEXT Wednesday! ;)