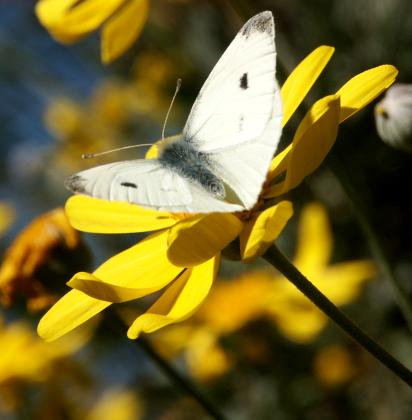 My thought is – pick up the phone and call to schedule interviews….If you suffer from call reluctance or lost your tongue to a cat, at the very least, TEXT these people.

I had ticked subscribe to comments when I posted so I knew I would receive any replies.. I certainly did not expect very many.. And I went to bed because it was bedtime.

The next morning, I was somewhat shocked to receive a large number of replies and the majority of people were saying they would never text someone to schedule an interview. As the conversation went on, I became aware of a large gap between how Australia does things and how America does things which was deeply surprising to me.

I think I have managed to identify some of the reasons for this gap thanks to the discussion.

Firstly, you can easily tell in Australia if someone gives you a mobile number. The prefix will always be 04XX. In the US, they cannot tell – mobile and cell numbers look identical.

Secondly, it appears that some US plans charge people to receive SMS – I get free unlimited text with my phone plan and I have never heard of anyone being charged to *receive* an SMS here, though I know people sometimes get charged higher SMS fees for sending them to competitions.

Thirdly, it seems from the replies I received that not everyone in the US has a smart phone and many people are still using older style phones. Here in Australia out of all the people I know, maybe two of them have older non smart-phones. It is easy to update your phone here without having to pay any up front fees, you just go on a contract for 12 or 24 months.

Fourthly, some employers in Australia are using SMS to communicate with their employees. There is a system called MessageNet which allows employers to easily set up rostering, sms groups and reminders.

This concept seems complicated so I will give you an actual example – let us say the local Mcdonalds wants to let all their employees know when a shift becomes available. In the old days, a staff member would have to call every staff member and let them know, and ask them if they wanted to work the shift. They would have to leave voicemails if someone did not answer. If you have 60+ casual staff members, calling all of them can be time consuming.

With MessageNet, you can easily and quickly send one SMS to all your staff, saying “Shift available 12/4/15 from 4pm to 10pm call X number to claim this shift” – and within minutes of sending that SMS, it is likely a staff member will call in and claim it. The other possible business uses for SMS are enormous and potentially save time, money, and hassle.

And finally, SMS confirmation has become a big thing in Australia. It started out mostly with banks and online transactions sending confirmation codes to your mobile, but it has not ended there.

I now get many appointment confirmations via SMS. My hairdresser, my doctor, my psychologist, my employment agency.. all of them will send me an SMS on the day before my appointment. I have to reply with Yes to confirm my appointment. This is actually brilliant and something I encourage greatly. I am certain this has cut down hugely on missed appointments and helps businesses to reschedule when someone has to cancel.

I track my prescription medications via a phone app that my pharmacy uses. I find most pharmacies now have one of these apps. Not only does it alert me when I have 7 days left of medicine, but within the app, you can set up a daily reminder to take it.

These days, I even order our pizza via a phone app. Our local wood fired place has an app of their very own, and it is brilliant. I can even order salad at a local healthy food place via an app.

I Am Not A Slave To My Phone –

But even with all these awesome apps and sms notifications, I am *determined* not to be constantly tied to my smart phone. How does one manage this? I try to keep some degrees of separation. Here’s how I roll –

– I don’t use my phone in the car when I am driving. EVER. It only takes a few seconds and you’re dead or you’ve killed someone else. If you do use your phone in the car, please, I am begging you, STOP doing that.

– I don’t have apps like Facebook or Twitter or Instagram installed. I did have Facebook once but I uninstalled it when they updated their messenger app so it would put peoples profile photos on my phone desktop, which was downright spooky and a bridge too far for me.

– I don’t have a lot of games installed on my Samsung Galaxy. I still have my iPhone and that contains my phone games – but that phone does not have a sim card. I find it useful to have degrees of separation between games and phone – this is very awesome for me.

– My phone does not go to my bedroom. It has a home and a charging station next to my recliner. This gives me sleep time free from buzzing and phone noise. It also means when I wake up, I get me time instead of phone time.

– I have a block on my phone between 10:30pm and 8am which turns all noise on my phone to silent without vibration, so there is no way I can hear any phone noises or buzzing from the bedroom.

– I have a camera ability on my phone, but I also have a cute little Panasonic Lumix which I use for photography, so I can keep photography and my phone separated when I want to.

– I deliberately do not have every email account I use hooked up to my phone. I select which email accounts I want to be able to reach me if I am out and about and I can turn them on and off easily.

– The Other Half and I use an app called Kakao Talk to communicate with each other for free. There are other apps you can use for this, too. The major benefit for me is this – messages from him have a very specific tone alert so I know when he is messaging me.

It does worry me that some phone-using people – in particular younger generations of people – seem to be heading down a potentially not great path into a toxic relationship with their smartphone and in some cases their tablet. I’ve been to restaurants where people are sitting there doing stuff on their phones instead of being in the moment with each other. I’ve been to movies where people cannot resist the pull of the phone.

Nev Schulman from Catfish wrote an article on this subject – The Reasons Why Your Cell Phone Is Slowly Killing You. Of most concern to me is the new generation of hunchbacks we are creating.

I also saw this article –Trying to Live in the Moment (and Not on the Phone) – after reading it, I decided to install the app Checky. It turns out that I check my phone on average 15-20 times a day. At least 2-5 of those will be replying to messages from The Other Half. One of those will be turning off my medication alarm.

Live In The Moment

– seeing so many photos of the 747-400 coming in to land at Illawarra Airport where almost everyone there has a phone they are holding up, taking either still images or video.

– seeing people at various events using their phones to capture moments which they would never bother to get an actual camera out for.

How do you handle your smart-phone usage?