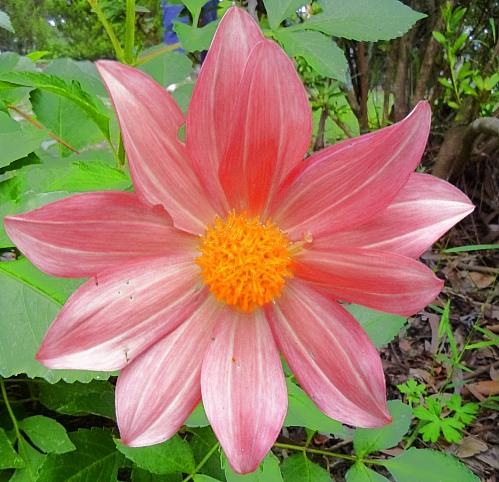 This week I went to orientation for the course I am starting next week..

Deities, pretty please, I beg you, give me patience and strength, or else I will not make it through this course without deading people.

Within moments of arriving at the orientation meeting point, there were 3 people who right away showed me exactly who they were, and they are not people I want to know or be involved with. Obviously they all knew each other, and they started right away talking about how little work they thought they could get away with doing, and how this course would be such a bludge festival for them, and what would be the earliest moment they could sneak away for a cigarette.

But it turns out, these three *are* special snowflakes who have done a previous course with this teacher, and a lot of the work they did for their previous course will be accepted for this course, so my earnest hope is that they are rarely in our presence. Please let this be so!

Within moments of sitting down for our orientation, these three were chit chatting amongst themselves, totally ignoring the teacher and the rest of us. It did not take long for them to earn my death stare, nor the death stare of the other *adults* who will be taking this class and who actually wanted to hear what the teacher had to say without the distraction of their special snowflake conversations..

The teacher actually sent them away halfway through the orientation saying they did not need to stay and immediately the atmosphere improved. I found quite a few people I felt drawn to and will like to know more about. That is a good sign for me.

Anyway, we’ll have to see how the special snowflake situation goes. Fingers crossed they will disappear into the bludgeosphere, leaving the rest of us to work together, because I found them extremely irritatory – that is one of my special made up words. It feels exactly how it sounds.

Yes, I know, I am meant to tolerate, etc, yada yada, blah blah, whatevs. But I actually want to do this course and enjoy the work involved with it and anyone who is not there to do exactly that should get the heck out of my way, STAT!

I still had a couple of things I want to fix around here, most important being the ability for people to subscribe to comments which seemed to have vanished with the theme upgrade – You should now see checkboxes and the options Notify me of new comments via email & Notify me of new posts via email at the very bottom of the comment box.

Sadly to get that back, we’ve had to lose my gorgeous blue comment box. It turns out WordPress Jetpack now pulls the comment box from wordpress.com and we have zero control over the CSS, apparently, so we couldn’t get the notify me stuff to be in white.

With that said, if you comment a lot on wordpress blogs you probably want to get yourself a wordpress.com or gravatar account because that gives you notifications when someone replies to your comment automatically. It is free to make an account, and it means you won’t have to type all the stuff into the box each time you comment. :)

If you see something on Tues-Thur-Sat-Sun – you know those posts are add ins – generally I try not to do that and instead push out a scheduled post, which I have done with this post.

I’ve decided for now not to return Shoe Sunday or start a new blogging series as my plate may be pretty full these first 6 months. A huge thank you to those who did participate in Shoe Sunday and maybe June will see it return.

The Rewatch Breaking Bad blog is nearly at the end of season 3 – just two more episodes – then it swings into season 4 which was by far my favourite season on the show, closely followed by the almost perfect season 5.

If you have never seen the show I do highly recommend it for a lot of reasons, in particular the amazing performances of Bryan Cranston and Aaron Paul.

I have cut back the posting schedule to once a week on Sundays. I already have 8 pre-written and scheduled posts over there and by the end of this week I’d like to make that 12 or even 16 which would nearly take me up to the end of the course. Those posts are a fair bit of work, involving taking screenshots for each episode – those posts take time and effort I might not be able to spare as often while I’m at school.

There is more but I am going to warn you – it talks about spiders – there are no images, I would never do that to you – and if you don’t want to *read* about spiders either, please don’t click through. I won’t inflict them on you as a surprise. My arachnophobia is presently at an all time high, with good reason.

Ladies and gentlemen, there was an extremely terrifying incident here. While waiting to be picked up a couple of weeks ago, I was looking at the gorgeously blooming flower carpet roses in the front garden when I noticed some odd holes in the ground. Perfectly round, they were. I had a feeling they might be Sydney Funnelweb homes, and thus I googled, and thus I found out they were, and thus I decided perhaps I shall never garden again. Or go to the letterbox, or on the lawn, or out the front of the house. My skin has been crawling ever since, no joke.

These things are not meant to venture this far down the coast, though there have been occasional incidents where they have bitten people at campsites it is thought that is because they were brought down from Sydney. I can only assume these hitched a ride during the recent tourist invasion. I am very hopeful this was a one off incident.

I messaged the other half as a matter of urgency – when he returned home he sprayed the holes with the super deadly spray we have. One did come out, which was immediately dispatched to spider heaven with enormous prejudice and he thinks he might have killed one a couple of weeks beforehand when lawnmowing.

I’ve asked him to check the spider identification chart because when someone posted that on a community facebook yesterday – By the way, YEAH CHEERS THANKS A LOT community people FOR THOSE AWESOME SPIDER IMAGES which came to me as a very unwelcome surprise – I think that I noticed the female funnelweb is a different colour and slightly different shape to the male.. I could totally be wrong about that as I closed the window in a hurry once I saw what I was looking at, so don’t take my word on that one!

If I ever find more holes, we are totally moving to another country. Do they have spiders in Antarctica?

Also, a huge thank you NOT to Channel Ten who I happened to stumble on a few times this week having large spiders running across the screen for their I’m a celebrity get me out of here promo. I deeply appreciated those images NOT, setting my skin to crawl mode all over again, and I deeply appreciated flicking over last night to see a bunch of tarantulas inside a box that the celebrity was having to blindly put their hand into, NOT.